Rock Journalist Joe Vig at 3;21 on a Saturday afternoon, April 9, 2011...going to the RecordExpo tomorrow in Dedham, Massachusetts - we had a fun Visual Radio #510 with Ken Selcer and Chris Parlon discussing movies like Source Code, The Eagle, Jimi Hendrix Band of Gypsys and others, taped at 5:15 PM on April 8, 2011 and aired that night at 8 PM
http://joeviglione.com/JoeVigTop40 for the MARCH listings

FOR THE FIRST TIME IN OUR TOP 40

Listen to Pretty Disillusion - it's a wonderful Supremes song that they never got to sing! Slowed down and soulful Martha & The Vandellas meets Fontella Bass ...blue-eyed girl group soul with the blues on the downbeat and the dance on the upbeat...very, very nice and shooting for #1 on the Top 40 this April 2011...Genya Ravan seems to be the major competition...stay tuned
http://www.myspace.com/lisabburns

http://mvdb2b.com/s/VanillaFudgeWhenTwoWorldsCollide/ABCVP123DVD
#5 Brian Eno 1971-1977 THE MAN WHO FELL TO EARTH DVD

Our review will be up shortly but you can read this right now
http://musictap.net/page/3/

8) THE GODZ Please Stop Bustin' My Ball from ELEVEM CD
Listen to it here: http://www.myspace.com/originalgodz

This is the original E.S.P. recording artist from New York City, not the latter day Chicago hard rock ensemble utilizing the same name (with the same spelling!)

With a cosmic energy that seems to have been taking from the tracks of The Velvet Underground's "Train Comin' Round The Bend" (review in progress...stay tuned)

The Joe Vig Top 40 PICK TO CLICK
For the Month of April, 2011 is
THE GODZ ELEVEM
http://www.demonbeachrecords.com/articles.html

Sony's re-release of this classic DVD originally released in 1999

#11 Lou Reed WALK ON THE WILD SIDE LIVE 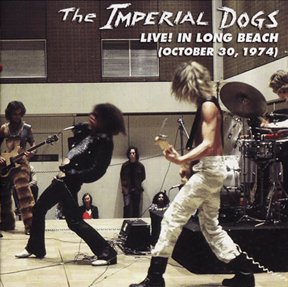 Interesting recording from the day...the paleolithic era of 1974...before videos for independent bands were invented...and it rocks in all its fuzzy, hazy black and white glory. The audio is pretty darn good too as the Imperial Dogs savage Carole King, blitz through Till The End of The Day, I'm Waiting For The Man, This Ain't The Summer of Love, Rock & Roll Queen and other tunes. A 20 page color booklet of historical importance, and Phast Phreddie introducing a baker's dozen of classics. Pure Rock & Roll worth keeping on the shelf for future re-visits

http://www.vintagerock.com/classiceye/black_sabbath_paranoid_blu_ray.aspx
This is playing on VH-1. A review from Joe V on TMRZoo.com soon! 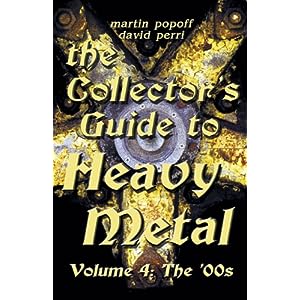 #19 WINCHESTER AUTHOR'S FEST
This is the second "Author's Fest" of 17 that I covered with my TV camera...didn't write this article but it gives you an idea of the event

#23 REVENGE OF THE KILLER B'S
http://www.answers.com/topic/revenge-of-the-killer-b-s-vol-2-1984-album-by-various-artists

#24 Moe Tucker and Jonathan Richman on Varulven Records
"I'm Sticking With You"
http://www.youtube.com/watch?v=th1G8AqFYRc&feature=channel_video_title 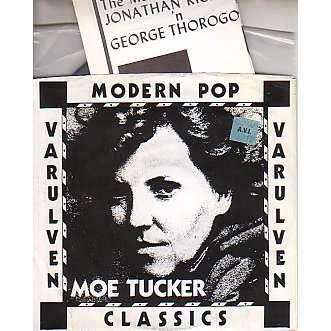 Recorded in 1974 at Music Designers in Boston
Released on Varulven Records in 1980 and 1985...found someone bootlegging it on YouTube so we have to "Beat the Boots" as Zappa says.
From the forthcoming Varulven Records Story boxed set. 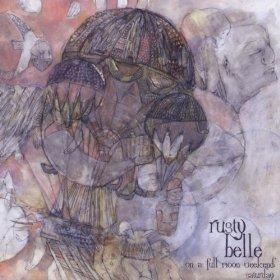 Appearing
April 30th at the Iron Horse! with their friends

Journee's six tracks (on eMusic.com) contain the soulful rap "Good Ol Days" (track 4) and a sparse new-wave-ish "Smile". Not to be confused with the Beach Boys epic re-release (with the same title, "Smile"), this solitary guitar and dry vocal is a novel approach to the hard-luck story..."the sunshine after the rain"...catchy material that deserves a listen. Check it out on eMusic 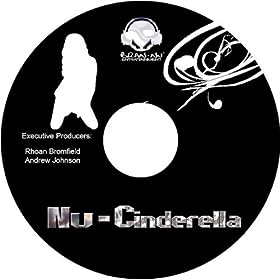 To those fascinated by the work of Lou Reed, Iggy Pop and David Bowie in the "golden era" of 1971-1973, this DVD is an interesting sideways look at the time through the eyes of Angie Bowie, Warhol Factory's Billy Name, authors Victor Bockris, Davie Thompson and others. That all three men are still alive and breathing - and giving interviews - makes the Sacred Triangle a different perspective rather than the last word on how these three pioneers blended their talents. It's especially enlightening when one gets to see and hear Thompson and Bockris, two writers who have investigated this point in time at length...Bockris with his books on Warhol and Lou Reed (entitled Transformer), Thompson who has an entire book on this very DVD titled "Your Pretty Face Is Going To Hell: The Dangerous Glitter of David Bowie, Iggy Pop and Lou Reed". The insight on Mainman Management is key, but there is also the glossing over of reality by the very British broadcasting narrator condensing it all into a very neat package: that Lou and Iggy needed Bowie and that Bowie exploited them. That's hardly true ...in 1976 James Osterberg (nee Iggy Stooge) the emerging Iggy Pop introduced me to Bowie at the Springfield Marriot...while we were having drinks Bowie turned to Iggy and told him not to worry, that Bowie knew the rock & roll thing. Indeed, Bowie certainly put a lot of time into Iggy playing keyboards at a Pop show at the Harvard Theater in Cambridge Mass that was packed with an crowd appreciating both artists...and Bowie being quite humble and happy to participate as a sideman along with comedian Soupy Sales' sons, Hunt & Tony Sales. It was a magical time that extended beyond 1971-1973 ...Lou Reed making his segue into the Rock & Roll Animal phase which actually put Alice Cooper (and Mitch Ryder) into the mix.

Is it a good documentary? Yes. Well put together, well directed, but with mostly a focus on David Bowie. That Mott The Hoople is mentioned (and T.Rex) gives an indication that Bowie is the centerpiece here. Not the final word but a nice addition to the pantheon of material documenting that very important period in rock history. A time certainly more interesting than what is going on today.

Captured at a time when Gallagher was voted the #1 guitar player by Melody Maker Magazine, Irish Tour is a brilliant showcase of his musical prowess. Award-winning filmmaker Tony Palmer followed Gallagher around Ireland as audiences went wild night after night. The film—which enjoyed a successful run in theaters—has been beautifully restored and remastered from the original footage, and is making its Blu-Ray debut. 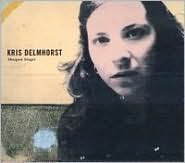 If Songs for a Hurricane, Kris Delmhorst's album from 2003, was deep and thought-provoking, this fifth solo CD (excluding side projects and EPs) released five years later, Shotgun Singer, wraps up that psychological web with sound modifications that go deeper and denser. The artist seems to take liberally from George Martin's efforts on Sgt. Pepper's Lonely Hearts Club Band and transfer those embellishments to the needs of a songwriter/singer in the same way that Emitt Rhodes emulated the first Paul McCartney solo LP, McCartney Read more here: http://music.barnesandnoble.com/Shotgun-Singer/Kris-Delmhorst/e/701237201221