Watch for a more vibrant Top 40 from Joe Vig...collected writings of the host of Visual Radio! We're bringing the Top 40 into 4 different sections. If you want us to change back to the original 40 with everything scattered about, let me know

CDS, VINYL etc.
1) GENYA RAVAN DO YOU KNOW WHAT I MEAN

Full disclosure after you read the review. Back in 1986 I chose this Lee Michael tune when Jimmy Miller and I were producing the legendary BUDDY GUY. Miller cut the basics with Joe Perry Project drummer Joe Pet slamming away with Buddy's band. I flew Genya in from New York to Warren Rhode Island to sing on that version, and Michael Barackman, A & R man at Capitol/EMI back in the day (1986/1987) thought the choice of song was perfect for Buddy Guy.

Alas, none of the labels offered enough money for the project, Buddy's next album becoming the Grammy winner which prompted New Kids On The Block producer Michael Jonzun to say "Everyone loves Buddy. Joe Vig was right." That and a buck and I get a cup of coffee, but it is nice to be acknowledged by one of my heroes! And equally as nice for Aunty Genya to put this magical song back in circulation with her terrific solo rendition.

Opening like a great Rolling Stones or early Alice Cooper Group track to sparkle, dazzle and grab ya with a hook, Hurtsmile's album cover (see above) looks like the lost Beach Boys album SMILE if you look at it quick.
This track is hard-hitting with Gary Cherone snarling like vintage Johnny Rotten from the Sex Pistols. Mark Cherone on guitars crackles with Dana Spellman's drums as solid as Charlie Watts and Joe Pessia's bass pounding away. This should be played every hour on WAAF. Solid.

The publicist notes that "double-disc Rainbow CD, Live In Germany, from Eagle Rock Entertainment, features Ritchie Blackmore, Dio and drummer Cozy Powell. There are those who say this is the ultimate Rainbow lineup and although they only recorded one album together (Rising), this documents their onstage majesty." Review to follow

4) ALICE COOPER WELCOME TO MY NIGHTMARE 2

Full John Till Interview on Visual Radio 54 views as of 9-12-11
http://www.youtube.com/watch?v=1uzmcuSWjOM

John Till appeared on Visual Radio for the 42nd Anniversary of WOODSTOCK on August 18, 2011.
680 views of the 8 minute YouTube clip as of September 12, 2011
http://www.youtube.com/watch?v=csHEwz9pKvE
7)Elliot Murphy 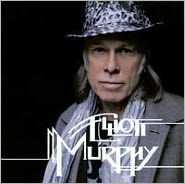 Disc 1 has an interesting rendition of "FIRE" - the Arthur Brown song that Carl Palmer played on. 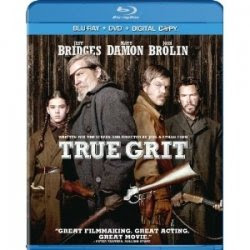 Full movie, but you have to put up with the advertisement on YouTube
http://www.youtube.com/watch?v=gJ9-M_pSSfY

Part 2 of interview with Eller
http://www.youtube.com/watch?v=MmMBJbaxrYw&feature=related

2) John Till in the Winchester Star, TMR Zoo
Forty-two years ago on Aug. 17, 1969, Janis Joplin performed at Woodstock with her Kozmic Blues band. The guitarist onstage with Janis, John Till, went on to form the Full Tilt Boogie Band with the legendary singer, which resulted in the classic LP, "Pearl." A year later, Joplin and Till would visit the Boston area – performing at Harvard Stadium in Cambridge, Aug. 12, 1970.

Till told the Winchester Star:

"I’ve been to Boston a few times, and always had a good time there. The final live concert that Janis ever played was at Harvard Stadium, Aug.12, 1970. Of course none of us in the band ever imagined that it would be the last time, but we had a great time while we were there!

The Stadium was jam packed and noisy that afternoon.
The band’s dressing room was a small house trailer along one side of the of the field right by the seating area.
So close we could shake hands with the people when we opened the trailer door. There were several cases of beer on ice in the trailer that we couldn’t ever have finished so we handed dozens of bottles out the door to the people.
There were a lot of thumbs up each time we did that. It was a hot day."

You can hear John Till interviewed on WinCAM's Visual Radio Live, tonight at 8 p.m, Aug. 18, 2011, talking about Woodstock and other aspects of his career.
Read more: TODAY Guitarist John Till of the Kozmic Blues band on WinCAM radio - Winchester, MA - The Winchester Star http://www.wickedlocal.com/winchester/archive/x1852623148/TODAY-Guitarist-John-Till-of-the-Kozmic-Blues-band-on-WinCAM-radio#ixzz1XsoNv5bb

Eleven titles were released in 1987 when Ryko Distribution issued Live At Winterland from The Jimi Hendrix Experience. The potent new team of Experience Hendrix with Sony Legacy issuing a quartet of Hendrix music – an expanded edition of the venerable old lp Hendrix in The West, Murray Lerner’s Blue Wild Angel: Jimi Hendrix Live at the Isle of Wight (DVD), a DVD with every Hendrix appearance on the Dick Cavett Show and another four discs, a box set of Jimi Hendrix Live at Winterland.

This review will focus on Winterland, specifically disc 4. With 9 tracks each on discs one and two, eleven on disc three, the fourth is called the “bonus disc” which includes a revealing backstage interview from the Boston Garden (about a month after the Winterland shows) as track seven preceded by six selections: “Foxey Lady” (10/12/68), “Are You Experienced” (10/10/68), “Voodoo Child (Slight Return)” 10/10/68, “Red House” (10/10/68), “Star Spangled Banner” (10/11/68) and “Purple Haze” (10/11/68). Now we purists, of course, may have preferred all three double dates (six shows in all, two each night) issued in the order as Jimi performed the titles…that concert experience times six, top to bottom, but just having the proper dates, the superb mastering, the booklet and more will have to suffice for the time being.


10)MAKE SURE YOU ATTEND THE