1)Review: Bourne 4 The Bourne Legacy – Extraordinary All the Way Around

“Welcome to the program” – the Behavioral Design program – a true “designer drug” which enhances and confuses the participant.  Enter Jeremy Renner in this reboot disguised as a third sequel.   Renner has come into his own appearing in two blockbusters, recurring character William Brandt in Mission Impossible: Ghost Protocol (2011)  as well as the rumored M.I. 5 and as Clint Barton/Hawkeye in The Avengers.  Protocol brought in around 695 mill worldwide with The Avengers about one and a half billion thus, people are finally getting to know the hard-working veteran actor.  Read more here: http://www.tmrzoo.com/2012/36605

2) Movie Review: Total Recall – Worth it for Colin Farrell's performance 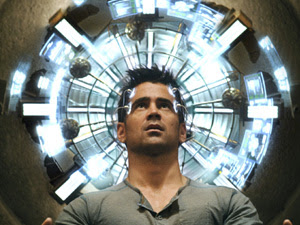 Arnold Schwarzenegger’s original Total Recall, as directed by Paul Verhoeven, is a cult classic with a strong cast and colorful, if sometimes cheeky sets.   The new Total Recall is from another dimension and though Colin Farrell gives a very strong performance, director Len Wiseman is far too derivative to satisfy the fans who have been yearning for a sequel.   And a sequel was the easiest thing that could have been done with Sci-Fi author Philip K. Dick’s short story “We Can Remember It For You Wholesale” as the premise is one where anything is possible, where anything goes.  Like the Matrix, the 13th Floor, Tron and other virtual reality films the possibilities are limitless.  So what’s the problem?

3)THE COMPLAINTS   TRADE UP


4)TENNIS cover THE ZOMBIES
Tennis cover The Zombies "Tell Her No"  Sounds like a chick singer...


THE COMPLAINTS   FEAR
By Joe Viglione

This very smart music from Cranston, RI's the Complaints was engineered by the legendary Phil Greene --
ormer guitarist with Warner Brothers act Swallow and heavily associated with John Cafferty & the Beaver Brown Band as well as New Kids on the Block. For a trio they wield some serious power, Dean Petrella's vocals and guitar protrude like an unholy marriage between Nirvana and the more mainstream Neighborhoods from Boston, a group Greene also worked with. But the finished product works for these nine short pop tunes -- all bordering on the two-and-a-half to three-and-a-half minute length -- pack a lot of punch. "House Wife" is spunky enough to evoke what the Doobie Brothers might've sounded like if they were churning out their hits in the new millennium: funky with drive. The snare drum sure feels like one of Phil Greene's old tricks, something called "Janet's Beaver" where the recording studio combined samples from Janet Jackson's "Nasty" with some Beaver Brown drum sounds. Bam! The crackling sample was utilized on many tracks coming out of that notable Rhode Island facility and the snap works to good effect on this disc. "Ugly Girl" is another stylistic change, the nine Neil Petrella originals clever and concise. The rhythm section of Chris Cruz on bass and Anthony Marotti's drums keep the foundation together for Petrella while the haunting backing vocals on "Ugly Girl" show the band knows the needs of its pop audience. In a move that's most ap

The Complaints  CRIMINAL MIND
True progression can be heard from the 1999 release, Fear, to this recording issued three years later, Criminal Mind. "Weak" opens the disc and it is anything but, songwriter/frontman Dean Petrella's compact compositions still coming in under five minutes but they're more sophisticated and a bit longer than those on the previous disc. The lyrics are again posted inside the CD packaging as well as on TheComplaints.com, but it isn't the poetry as much as what Petrella does with the words and the sounds they form which drives the message home. A good 60-percent of the tunes here have one word titles, much like the way the Talking Heads' Fear of Music did, but the songs are far more uplifting than what was coming out of David Byrne's psyche for those episodes, and on "No" this trio fuse the jingle/jangle with power rhythms making for a very appealing pop moment.