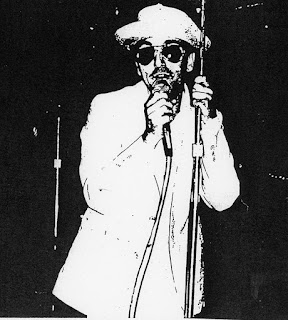 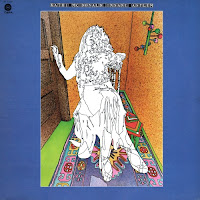 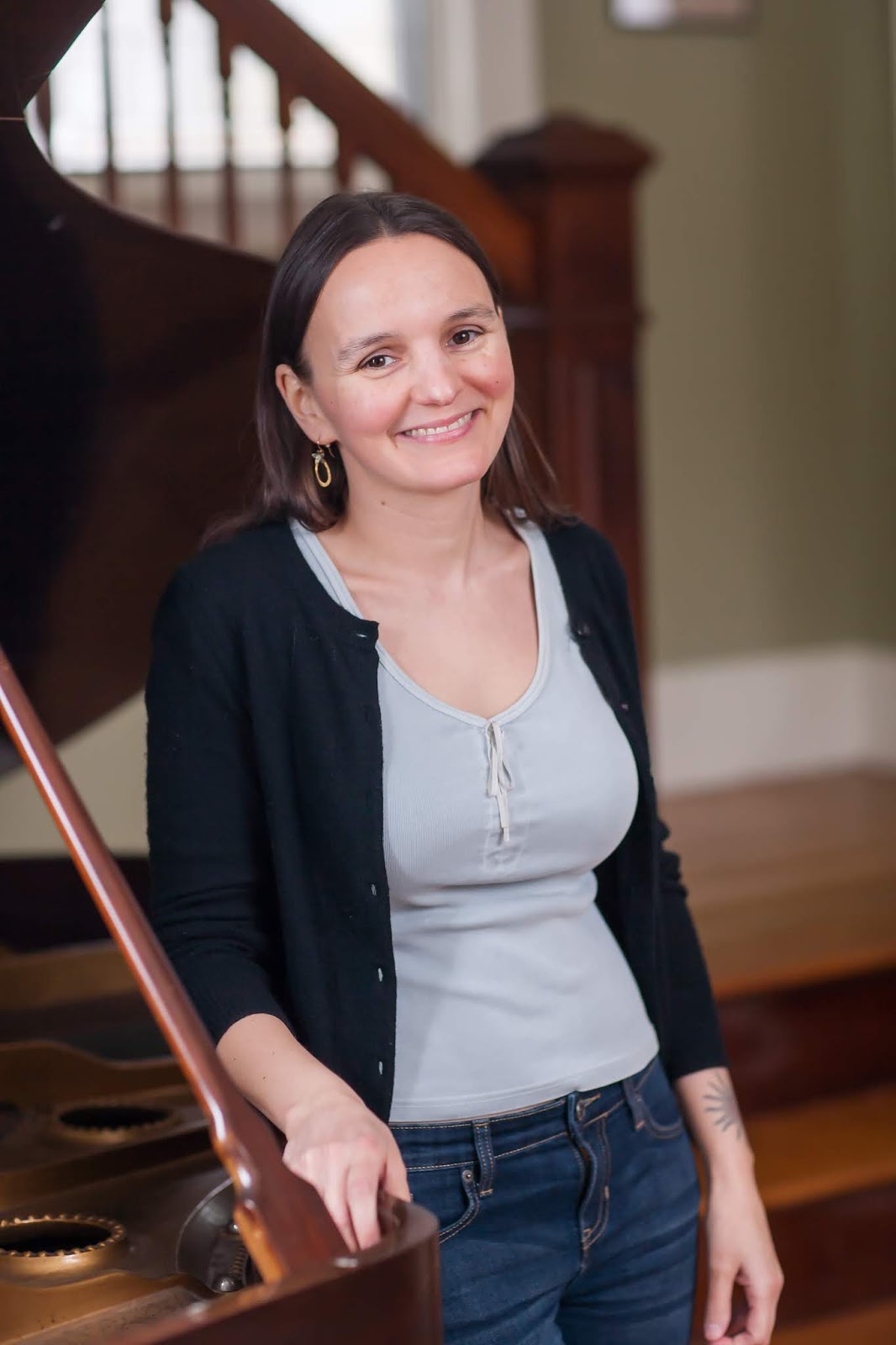 Q:When did you join Sisters?

This is a brand new alliance of three singer/songwriters.  We have some important things in common - we all play piano, we all write and compose our own material, and we are all hardworking, independent women in the music business.

Q: Where has the current tour taken you?

These shows this month will be our first outing as this show, and hopefully not our last shows!  I'm very excited to experience the chemistry and to share that with others!

Q: With Aretha's passing, Janis Joplin's popularity and the world waiting for a Supremes reunion what is the niche that you and your colleagues fill?

I think there has long been a hunger for strong women in music, and I think Phoebe, Carrie, and I each have something unique to add to that chorus of voices.

In September 2017, I launched an online project called Musical Meditations (www.heatherpierson.com/musical_meditations).  Every three days, I upload a brand new, completely improvised piece of piano music that I record at home, and make it available for free or donation.   This past spring, I started a series of monthly live events in Bridgton, Maine, with the same premise - an hour of unplanned piano improvisation.  All of this is intended to help cultivate a space for mindfulness, peace, and reflection for both me and the listener.  The project has been a great success and I've heard from listeners all over the world who tell me how much they are enjoying these pieces.

Q:Your personal thoughts on the shape of music today, from film soundtracks to shows like the Voice and American Idol
Where do artists with heart, soul and integrity fit in

There will always be a hunger for artists with heart and soul.   Humans are social animals.  We long for connection to others.  Artists who can beautifully and memorably express this fact in song will always be sought out to show the way.
Because of the ubiquitous nature of affordable technology, the bar for entry is so low.  Virtually anyone can record and release music today.  And though that fact only contributes to the overwhelming amount of music to choose from, I think it's a good thing.  More art and expression are better than less!
I personally don't enjoy shows like The Voice and American Idol because I find something very strange about overtly competing with art and expression.  I also don't value the judges' opinions on these shows anymore than I value the opinions of anyone else.  Sure, we all outsource knowledge to experts on lots of other things, but why do so in the domain of art?

Q Who are you favorite artists?

Heather Pierson
Heather is an award-winning multi-instrumentalist, singer/songwriter, and performer. From New Orleans-style jazz and blues to rousing Americana and poignant folk narratives, Heather’s live performances, both solo and with her acoustic trio.  Best known for her virtuosity at the piano, her bell-tone vocals, and her quiet yet engaging stage presence, Heather’s latest project is MUSICAL MEDITATIONS.  Her growing catalog of wildly divergent CD releases reflects her boundless creativity.
www.heatherpierson.com

Nobody Knows You When You’re Down and Out: https://www.youtube.com/watch?v=Z9U5iehHNZU&feature=youtu.be


Phoebe Legere
Phoebe’s current Americana album, HEART OF LOVE broke the big roots radio chart’s Top 20 ROOTS MUSIC RADIO. Born and bred in New England, Phoebe grew up to be a National Treasure, performing music across the spectrum from folk to classical to jazz and avant garde. She’s appeared in movies, TV, on the stage. Recently she debuted her play, SPEED QUEEN in New York City, and has shows in Florida this winter.  Of Acadian and Native American heritage, Ms. Legere performs this music at clubs, homes, festivals, fairs, on TV… Phoebe and her Canadian cousin Ray (a bluegrass performer) have a cajun EP, ACADIAN MOON now on over 40 stations in Canada.  We’re working now on a French language EP in Montreal for all French territories. Phoebe has opened for the Fabulous Thunderbirds, Slambovian Circus of Dreams, John Hall, and Jethro Tull’s Martin Barre.
phoebelegere.com
HEART OF LOVE song about Phoebe’s part time job, driving trucks:
https://www.youtube.com/watch?v=FhOQI7Mzpsk
Carrie Ferguson
“Devilishly catchy folk-pop tunes and melodic ballads, exuberantly heartfelt lyrics...infectious joy” - The Valley Advocate
Hailing from Western Massachusetts via Northern California, singer-songwriter and pianist Carrie Ferguson creates soaring folk-pop with haunting melodies and carefully-crafted lyrics. Her songs have been featured on WUMB in Boston, WRSI The River in Northampton, and other folk radio shows across the US. Carrie’s song, The Grumpy Time Club, received a Silver Award for her song, in the 2014 MASC songwriting contests and First Place in the Eventide Songwriting Contest. She was chosen for the 2013 Falcon Ridge Emerging Artist Showcase, and was a finalist in the VT Solar Fest 2014 Songwriter Showcase. She has opened for Catie Curtis, Antje Duvekot, Cheryl Wheeler, Meg Hutchinson, Charles Neville, Shelley Wright, Patty Larkin, Jill Sobule, and Livingston Taylor.
www.CarrieFergusonMusic.com

The Many I Am: https://youtu.be/cbAADuxhPDQ 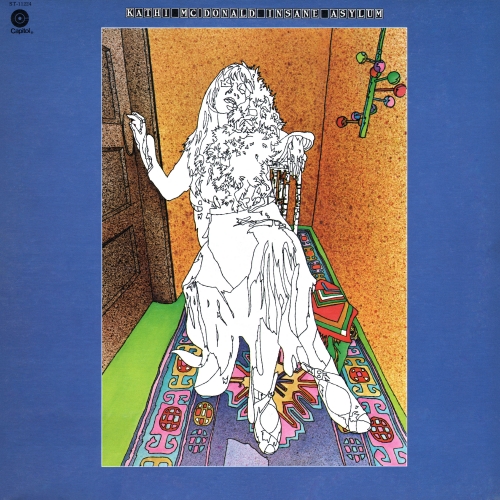 Kathi McDonald was one of the friends recruited by Big Brother & the Holding Company to perform on their two post-Joplin releases, Be a Brother and How Hard It Is. David Briggs, producer of the second Alice Cooper album Easy Action and multiple early Neil Young discs is at the helm on Insane Asylum. With arrangements by The Jefferson Starship's Pete Sears, this is a showcase for the chops and musicianship of McDonald. There's a terrific reading of the Bee Gees' "To Love Somebody" (which Janis Joplin covered years earlier), and an interesting first track co-written by McDonald and Pete Sears, "Bogart to Bowie," with Nils Lofgren on guitar and Bobbye Hall on percussion. The photos of McDonald on the back cover are chaotic and beautiful, a cartoon caricature of these adorns the cover, the illustration by Seiko Kashihara. With Ronnie Montrose on guitar and Pete Sears on keys for a heavy version of "(Love Is Like A) Heatwave," you basically have Big Brother & the Holding Company/ Montrose/Jefferson Starship covering Martha & the Vandellas. This 1974 recording was a year before Linda Ronstadt repeated Martha's feat of going Top Five with the song. There is something about the record that feels like the band is holding back. That evaporates with what may be the best performance on the disc, "Threw Away My Love," the second Sears/McDonald original. Kathi's great, bluesy vocal fights and Journey's Neil Schon on guitar give the track lots of soul, which is missing in much of the record. Surprising because Briggs is usually intuitive enough to bring out the best in artists. There is an abundance of talent here, creating a nice platform for this important singer. "Freak Lover" features the late Starship violinist Papa John Creach and is appropriately manic for an album about insanity. Willie Dixon's composition, "Insane Asylum," with Pete Sears and Nils Lofgren, is a blues workout deluxe. Neil Schon and Pete Sears accompany Kathi on a Peter Frampton tune, "All I Want to Be." Lofgren and Sears do a heavy cover of Neil Young's "Down to the Wire" for the singer to display her wonderful voice. With such a stellar cast and so much input this record could have been much more. It's still a respectable showcase for the talents of Kathi McDonald  https://www.allmusic.com/album/insane-asylum-mw0000864313
Hear full album here: https://www.youtube.com/watch?v=uaCal1exRG8 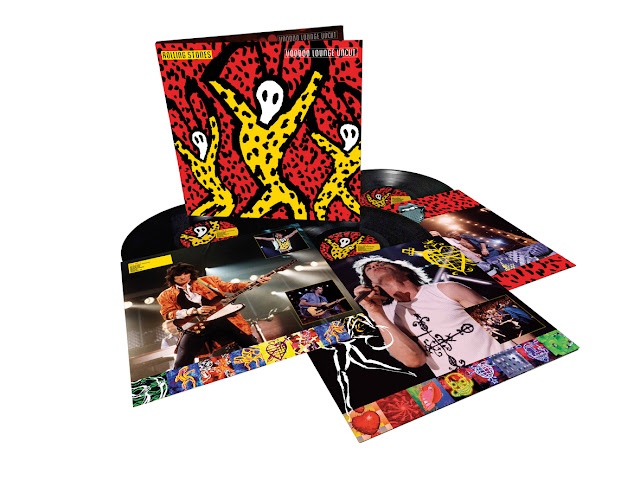 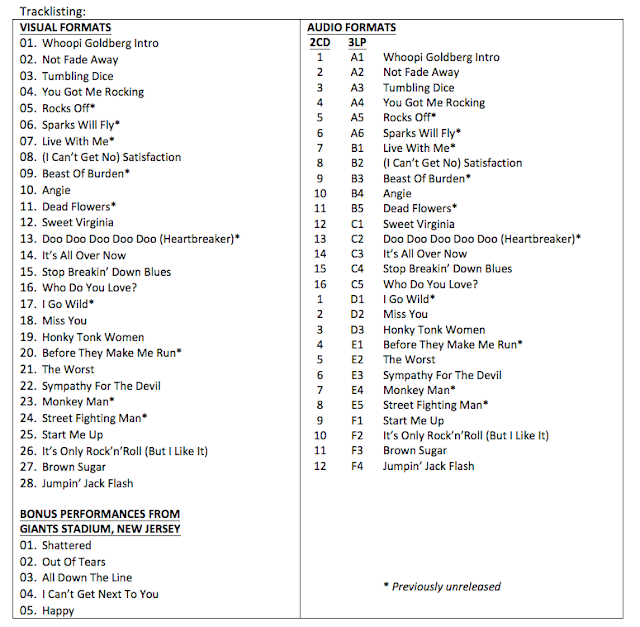 3)Voodoo Lounge being re-released • The Voodoo Lounge Tour ran for a year from August 1994, with a total of 134 shows over 4 legs and 6 continents.
• 6.5M fans saw the show, making it the biggest grossing tour ever at the time. It was their first tour (and album) without Bill Wyman.
• The Voodoo Lounge album was a #1 around the world in 1994. It won Best Rock album at the 1995 Grammy Awards.
• Praise for the album included:
“ragged and glorious…charged with renewed musical nerve” – Rolling Stone
“rock distilled to essences” – New York Times

4)Big Brother and the Holding Company 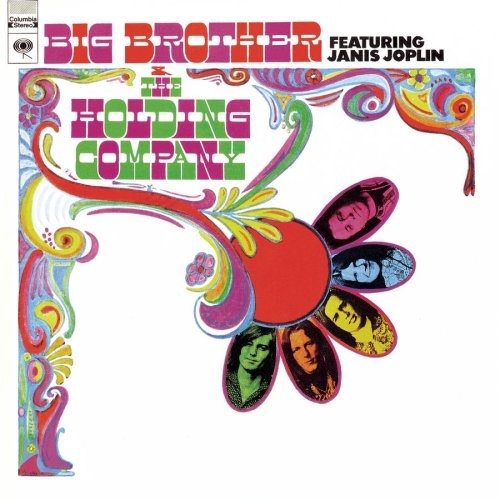 The debut, self-titled album from Big Brother & the Holding Company is an evolving paradigm, ten tracks initially issued on Mainstream Records, a label that would have success in 1968 with "Journey to the Center of the Mind" by Ted Nugent's Amboy Dukes. Unfortunately for Janis Joplin and Big Brother & the Holding Company, the respectable performances and all of the material on this disc are undercut by a weak production that sounds rushed. Recorded on December 12, 13, and 14 of 1966, it's quite telling that perhaps the best two songs from the sessions, Peter Albin's tribal-sounding "Coo Coo," and Janis Joplin's fiery "The Last Time," were only available on a 45 rpm and played as treats on FM radio "rare tape" nights. Those two songs have an intensity and drama missing from laid-back album cuts like "Easy Rider" and "Intruder." Big Brother's strength sans Janis was their ability to experiment and rely heavily on ideas to make up for their lack of musical prowess. Sad to say, there is little of that experimentation here. Even a potential science fiction Peter Albin composition, "Light Is Faster Than Sound," comes off like an audition tape instead of the hit it could have been had it the cosmic explosion of a "Journey to the Center of the Mind." The album does contain interesting studies of future classics, like Moondog's "All Is Loneliness" (the street poet eventually signing with Columbia himself), and Joplin's creative arrangement of "Down on Me," making it more of an entertaining textbook than a deep musical experience. It was the lack of product from superstar Janis Joplin which kept putting an emphasis on this release with little else available to satisfy rabid fans who couldn't get enough Janis. Columbia picked up the album and re-issued it in its original form, then reissued it again with "The Last Time" and "Coo Coo" added.
https://www.allmusic.com/album/big-brother-the-holding-company-featuring-janis-joplin-mw0001960830

9)Stay With Me
Terry Reid
https://www.youtube.com/watch?v=jW9mDyFgh1o

10)The Supremes I Hear a Symphony