Welcome to the Top 40
The obligatory vampire cape given to me by my Grandma Jenny on May 8, 1973
Photo by Jeannie Archibald

OK, I'll re-size these photos later...here's the beginning of the Top 40

PLEASE NOTE:
around Top 40 listing #13 it says
READ MORE
and the page disappears until you click
READ MORE
http://joevigtop40.blogspot.com/2014/10/gallagher-re-release-1-top-40-for.html 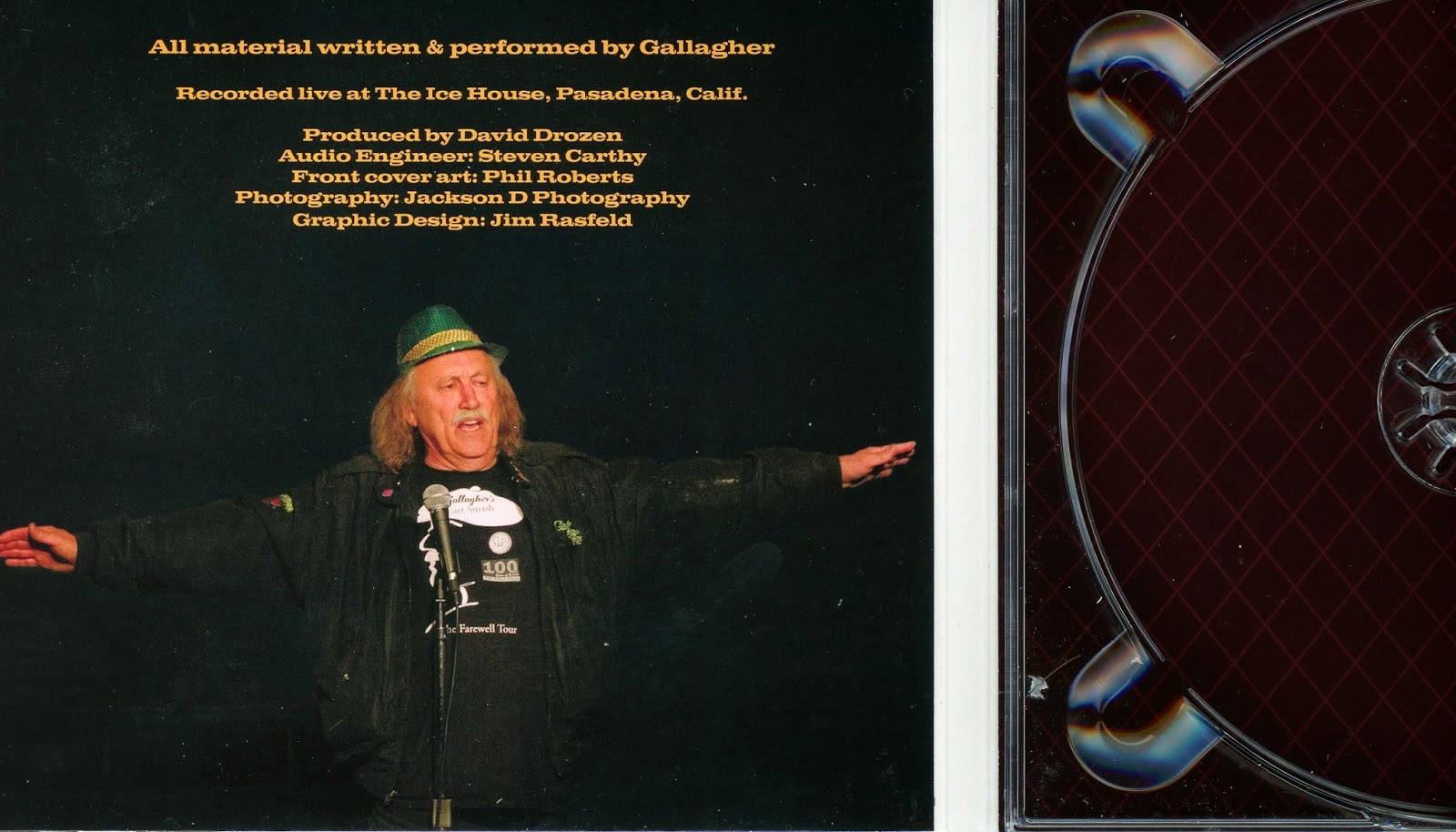 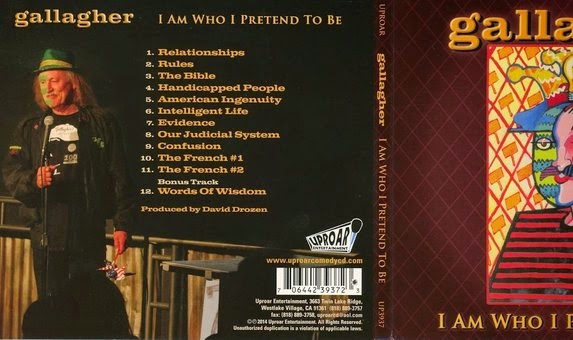 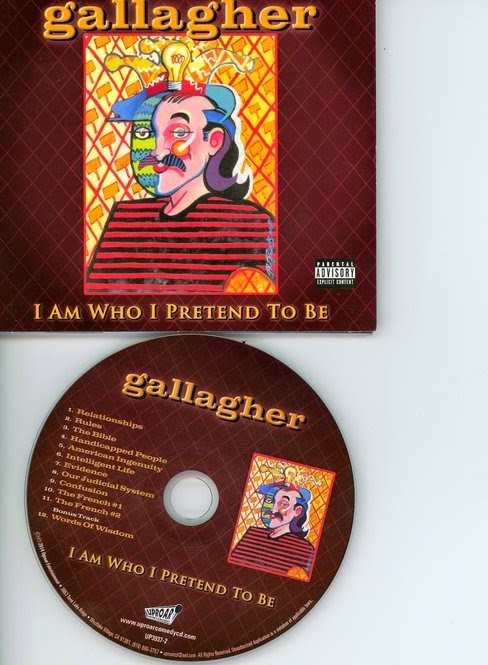 
Gallagher
I Am Who I Pretend To Be
Comedy/Spoken Word

Comedian Gallagher’s distinctive voice cuts through on this clear and precise May 2014 recording from Pasadena, California’s Ice House.   On this CD the comic is smart, observant, absurd and absolutely funny.  With a Parenteal Advisory/Explicit Content sticker on the right-hand bottom corner of the CD cover, one needs to study the compelling art work with a Gallagher caricature(courtesy of artist Phil Roberts) – the Edison/Einstein light bulb inside the jester’s cap, one face with an intriguing color scheme taking up half the face in a sort of/kind of nod to Star Trek The Next Generation’s major enemy, the Borg

“You can get an idea from anything” says the professor while lecturing to those who appear to attend the concert to face the humiliation, but it isn’t aimed at anyone specific.  Gallagher’s genius is that he attacks things, place and people, and generally uses a broad brush.  If he does single out someone it is all in good fun, adult fun – of course – but still good fun.

Produced by Uproar Entertainment’s David Drozen with engineering from Steven Carthy (he’s worked on the films Kungfu Monks in America, Outta Moves and on the TV series documentary Independent Lens) Gallagher is completely on.  With bits entitled The Bible, Relationships, Confusion, Our Judicial System you know that the jumping off point leads to tons of ingenious digression with quick scrutiny and inspection of aspects of all sorts of things, over under sideways and down.

Though he can be gruff when explicit, the bursts of outrageousness are merely sagacity on display.  The profound wisdom is turned upside down, especially when asking how aliens will react to illogical mankind long after the nuclear winter evacuates the planet.   Gallagher’s cynicism is cloaked in a matter-of-fact colloquialism – giving the audience the props for being smart enough to come to his show.  Gallagher is a self-proclaimed genius and treats the audience with the obvious: he’s the authority and your acknowledgment of that means you are pretty intelligent as well.   And inside that notion is the fact that the disc is non-stop funny.

Rocks: My Life in and out of AerosmithHardcover – October 7, 2014 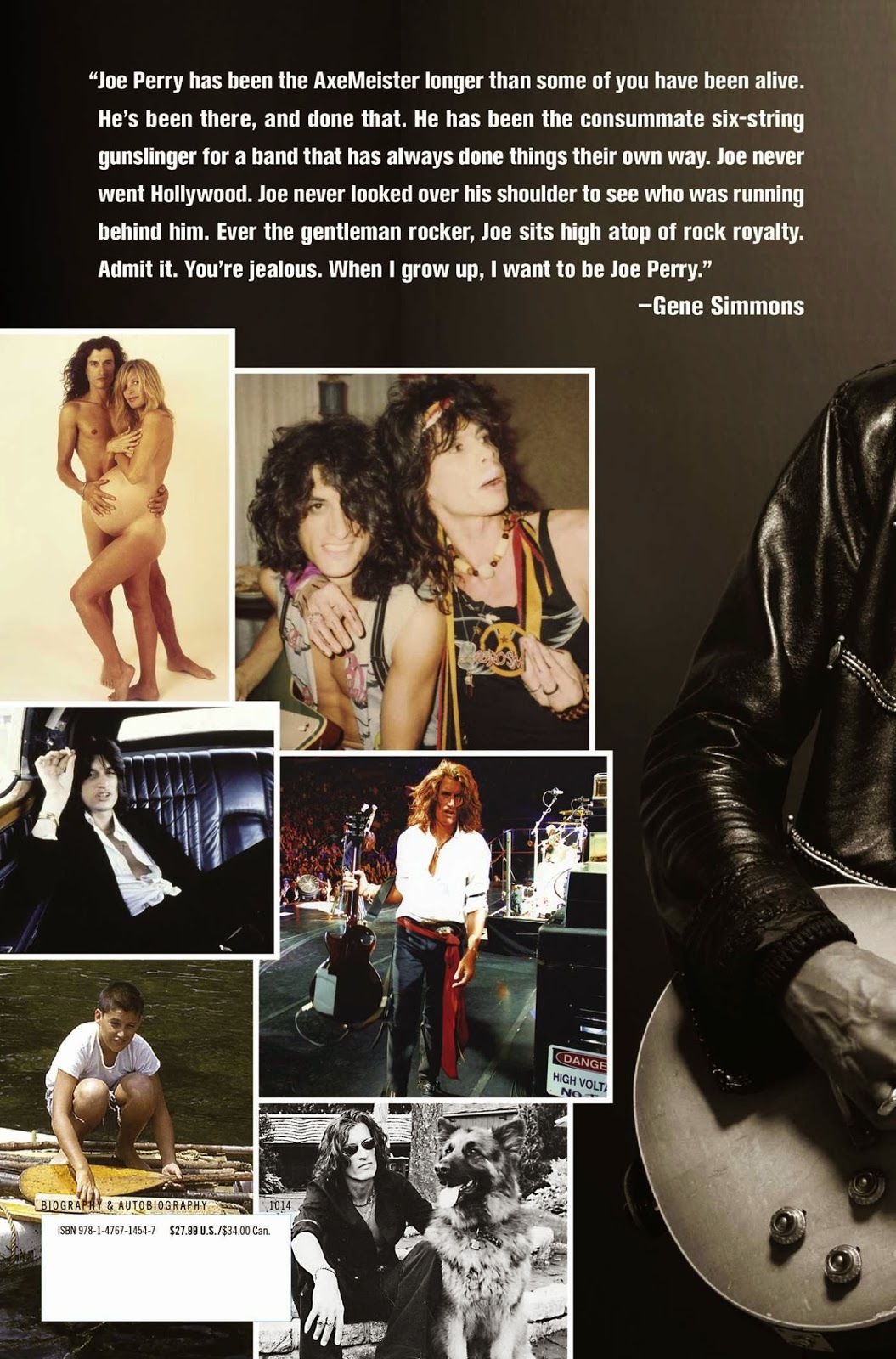 
The Good Luck Cat: How a Cat Saved a Family, and a Family Saved a CatHardcover – October 7, 2014 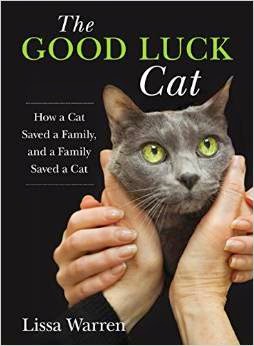 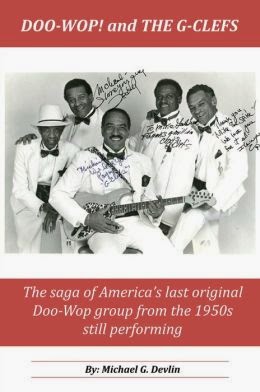 In 1956 the G-Clefs recorded their first hit "Ka Ding Dong". It ranked #24 on the Billboard charts that year. Their biggest hit came later in 1961 with "I Understand" reaching #9 also on the Billboard's top 100.
In 1997 PBS featured singing groups like the G-Clefs to appear on their televised production that made Doo-Wop popular again throughout the entire country.
This is the story of the G-Clefs during that same time period. There are numerous unpublished photographs and stories documenting their return to the spotlight with all the fame and disappointments that only a Doo-Wop singing group like theirs could possibly experience.
For the first time ever, this is a comprehensive history of the very still popular music of Doo-Wop and "The saga of America's last original Doo-Wop group from the 1950s still performing."
http://www.barnesandnoble.com/w/doo-wop-and-the-g-clefs-mike-devlin/1119970968?ean=2940149682386