Editorial note:
To keep this site easy to navigate it will be like a traditional Top 40
Smaller pictures with an emphasis on lists.
Expanded reviews will have a separate site
Publicist Press Releases will be on Joe Vig Top 40 Expanded
http://joevigtop40expanded.blogspot.com/2015/11/november-1-2015-expanded-joe-vig-top-40.html 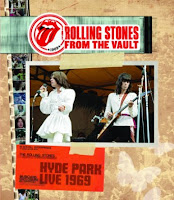 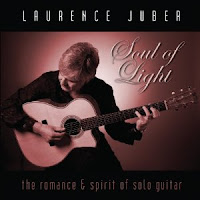 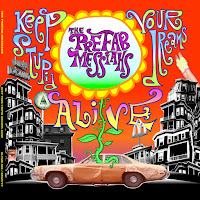 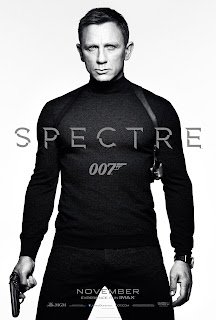 James Bond S.P.E.C.T.R.E
Film review by Joe Viglione
Spectre is the best of the Daniel Craig Bond movies, Craig being my least favorite 007 actor with his android, cold robotic movements. The human Craig/Bond is more stiff than former N.E. Patriots quarterback Drew Bledsoe; he makes Arnold Schwarzenegger’s Terminator versatile and endearing by comparison, which, of course, means that the machines in Terminator did a better job of building their Trojan horse. A frightening prospect.

#7 THE WHO LIVE AT SHEA STADIUM, 1982
Review by Joe Viglione

Live at Shea Stadium, 1982 is a very special Who document, entertaining and inspiring on many levels. So allow this writer a little artistic license to give you an overview of this classic moment in rock and roll history, beautifully filmed, restored and packaged by Eagle Vision.
The late Jo Jo Laine said “I was with Keith Moon the night that he died.”  It was, of course, the infamous Buddy Holly film preview of September 6, 1978 after the release of Who Are You.  With Moon diminishing and the Who not as energetic – 1975’s “Squeeze Box” a true low for the group, the antithesis of the brilliant “Join Together,” the group was already, in this critic’s mind, moving far from the magic.  Moon’s passing on September 7 was the line in the sand.

http://www.tmrzoo.com/2015/68281/review-the-who-live-at-shea-stadium-1982
­­Throughout any tragedy survivors must move on, and like Ron Wood joining the Rolling Stones, Kenny Jones joining the Who was more about camaraderie than actual chemistry. - review
continued on TMRZoo.com

16th March 1968 My Baby live on the BBC  Yardbirds
https://www.youtube.com/watch?v=hHogQkZMjJk 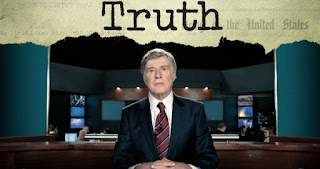 11)Dog On A Chain  EMMIT RHODES

It’s not that Emitt Rhodes was ever fully forgotten, but nearly 43 years between albums is a long time to remember. The Los Angeles singer, songwriter and multi-instrumentalist returns after an absence of more than four decades with “Dog on a Chain,” the first song from “Rainbow Ends,” his first album since 1973. The track premieres today on Speakeasy.
Praised back then for a sophisticated pop sensibility, Rhodes picks up where he left off, turning a song about a nasty divorce into an effortless meditation on heartache and loss, complete with a lingering melodic hook, airy vocal harmonies from Aimee Mann and a guitar solo from Jon Brion. 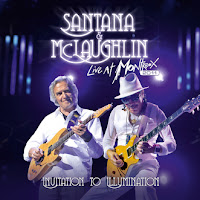 Invitation to Illumination Concert Clip.
"Let us go into the house of the Lord"
https://www.youtube.com/watch?v=ICnZpnvy-EY

13) SLOWHAND AT 70: Live at the Royal Albert Hall
Eric Clapton 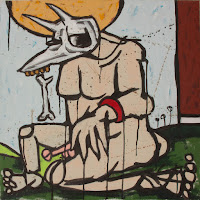 The no-title instrumental opening track blitzes in at 2  minutes and 23 seconds with what we hope is rainwater in the rehearsal space and the onslaught that follows about 45 seconds in, the actual song
more like 1:13 in, a riff that barks along with the drums sliding into "So," the second track. The same riff for another minute and thirty seven seconds, rife with the "f" word it splashes out with feedback, straight into a minute and forty two of "E."

"E" is a more conventional spy novel guitar with Beastie Boys-styled attitude, something that would have fit nicely on the bill with early Alice Cooper. "Cactus of Love" is country rock gone scat, Steve Tyler's "Walk This Way" on 78 RPM instead of 45.  "Toyota" also blasts along with a reprieve on Rippinanativehearts   - a sluggish ballad with sludge and lament.  Things brighten up with "Two Beer Minimum," fun and short and sweet like Richie Parsons' "Mix Tape" off of his Honey and Tears CD.  Parsons own Unnatural Axe would give short punk bursts like Psychic Dog, though their mission was celebrating 50's science fiction through the chainsaw while Psychic Dog 's psychosis flies all over the underground rock map.  Thirty four seconds of "She Like Me" as zany as the conclusion of Scott Daamgard's new CD Leaving Hyannis with its hidden thirteenth track.  "TV Head" might be the lost sequel to Iggy Pop's "TV Eye" - crunching along with a few afterthought bursts prior to the haunting sounds that create a nice distraction to conclude it. "Long Night" is track 10 on this fifteen title excursion,  its military like strike pounding away with its catchy "ready to go, rock and roll" chant.   "60 Days" takes you inside the labyrinth of the Psychic Dog mentality (or practice space,) yearning guitar leads under the framework.  "Digital Perm" is clever, something for Mott The Hoople's Ian Hunter to consider if he ever does a sequel to the Short Back n Sides lp.  Great descending guitar line that adds an emphasis to the catchy riff.  "Goodhello" - like many tracks on this disc, circles in at 2:32 - under three minutes - and is not Martin Scorsese's Good Fellows, nor is track 14, "Ends."   Everything on the Big and Lonely CD comes in well under three minutes except for final track, "Psychic Dog," perhaps the group's theme song and best on the disc.  The howling primal scream with Black Sabbath inspired riffs  - the song "Black Sabbath" by the band Black Sabbath - deep inside the halfway point of the song "Psychic Dog" by the band Psychic Dog. 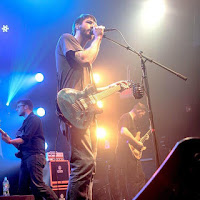 Found this CD on the freebie shelf at Club Bohemia, downstairs at the Cantab in Central Square.
The rough  mix of "The End" (not the song by The Doors) has a voice of Chris Harvey, maybe an octave above Geddy Lee of Rush, with a thunderous, dark dirge which vacillates as if in a murky kaleidoscope. Aggressive and determined rock with a tinge of hardcore over its pop leanings.

Photo:  10/24/14 The Cannery in Southbridge MA from their Facebook page 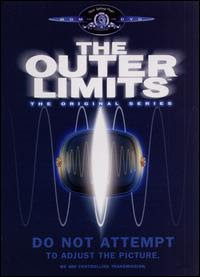 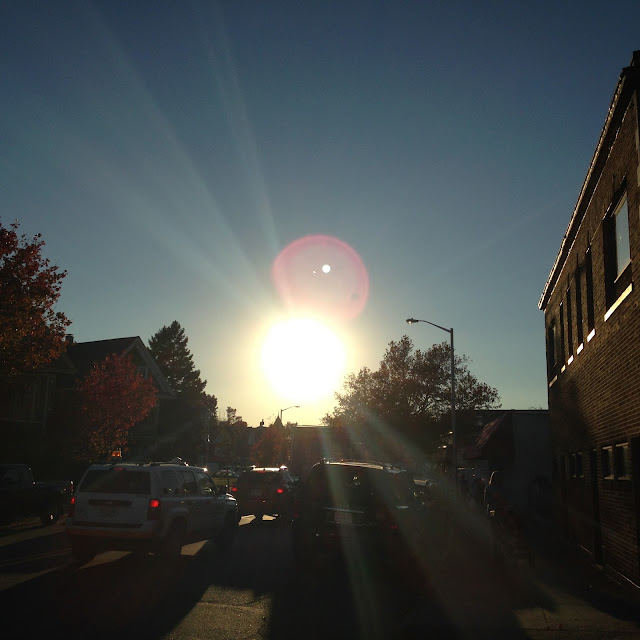 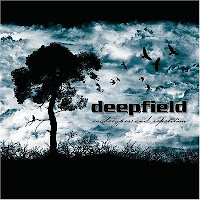 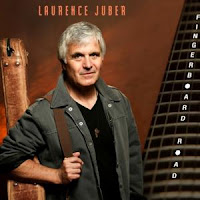 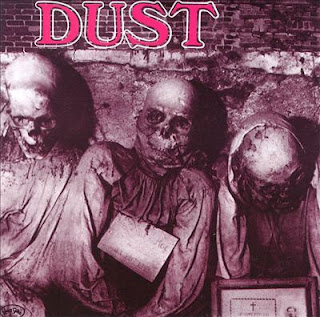 The first album from Dust is interesting on many levels. The rhythm section featured drummer Marc Bell, who would later join New York punk rockers Richard Hell & the Voidoids, while bassist Kenny Aaronson would sign on with labelmate Stories on the group's third album, as Ian Lloyd moved from bass/vocals to complete frontman. The songwriting team of producer Kenny Kerner and singer/guitarist Richie Wise would go on to produce the third Stories album, making this Dust debut and its follow-up an important piece of the Stories puzzle. Wise's lead vocals on Dust were decent enough to complement his very competent guitar playing; Wise would eventually get hired as A&R man at Scotti Brothers Records. This record is not only the document of a record executive/producer as
http://www.allmusic.com/album/dust-mw0000110808
++++++++++++++++++++++++++++++++++++++++++++++++++++++++++++++++ 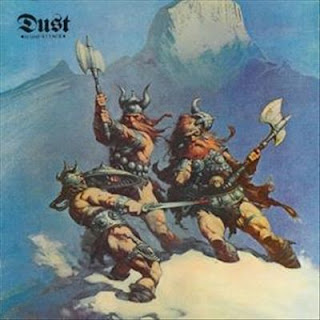 Hard Attack by Dust is an improvement over the acceptable performance of the self-titled debut from the year before. The team of producer Kenny Kerner and vocalist/guitarist/producer Richie Wise do just what the title suggests, bringing a harder attack to songs like "Pull Away/So Many Times" and "Ivory," the latter an instrumental with emphasis on guitar riffs and cymbal work. It's an all-out assault from the trio and pretty interesting, though the album as a whole works better when Thog's Fred Singer adds piano and organ. "How Many Horses" benefits from keyboard presence, and brings the group back to the Leslie West/Mountain flavors so obvious on the group's 1971 debut. That song definitely sounds like Dust was intent on remaking the Jack Bruce/Mountain classic "Theme From an Imaginary Western," one of that group's highlights. That the quieter moments, the elegant "Walk in the Soft Rain" and "How Many Horses," work better than the brutally hard "Suicide" hints at the adult contemporary leanings of Kerner and Wise. That they would merge this group with their labelmates in the band Stories for 1973's Traveling Underground is more evidence of what musical style they were more comfortable with.   Read more here: 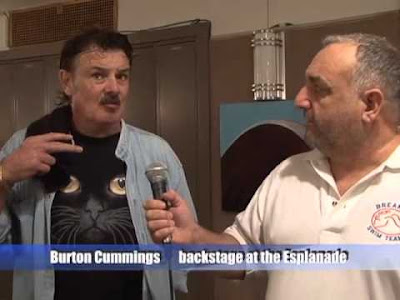 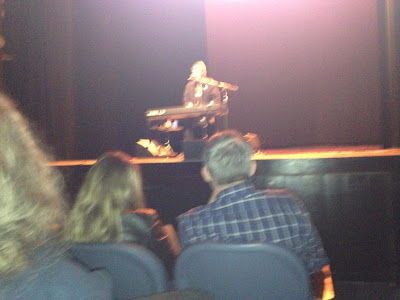 Guess Who lead singer Burton Cummings gave a solo piano performance at the Berklee Performance Center in Boston on Saturday evening, October 3, 2015. The show opened with a seven minute and fifty-five second biography video of the journeyman that was as enlightening and exquisite as the show itself.

Just a small electric piano on the stage, a microphone and then the presence and voice that has entertained us for so many years. 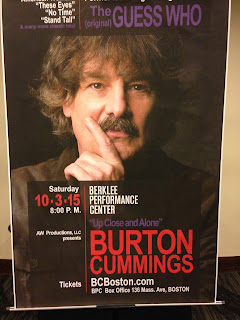 "The no frills show...no lasers tonight, nothing exploding...just a sixty-seven year old guy with voice and piano."  He opened up with a song from the film 'Melanie' entitled "You Saved My Soul"
with his voice perfect and pure.  In the atmosphere of the famous musical college, with many musicians inspired by Cummings and his colleagues, the performance came off like an intimate songwriting clinic.

You Saved My Soul Live at City Winery NYC 7/1/14https://www.youtube.com/watch?v=yMJigbILaug 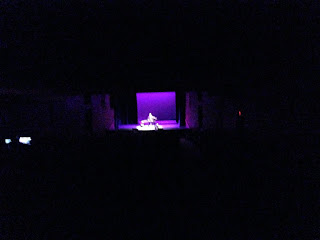 Truly there was "power in the music" of one singer marveling at the artists who have also played the venue - giving a nod to Keith Jarrett - Cummings declaring that artist "the greatest living pianist on the planet." 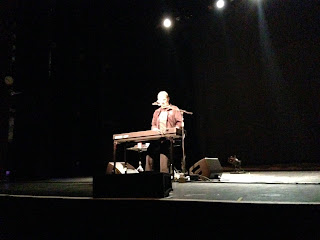 second 9:21 pm photo, not in order of the songs, much later

Second song, "Sour Suite," opened with the singer noting that he had received "a letter from a gal in Indianapolis" - so he mopped the zip code for the composition - "it's just like 46201."  A distinctly different flavor without the band. 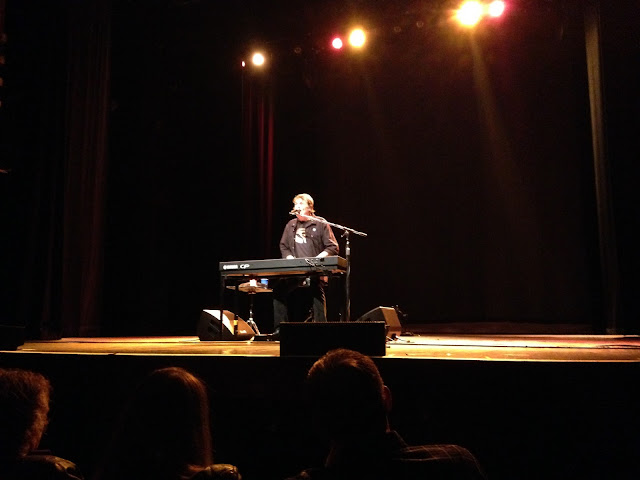 Sans the backing band, Burton's personality emerges more prominently, of course. And for fans it is a charming concert in the living room-styled one on one.

Songs 3 and 4, the medley of "No Sugar Tonight/New Mother Nature and talk about unplugged. The material takes on a new "nature" of sorts, or a new personality without the pun, and the heavy studio production.  Check out the rendition a week after Berklee at the Virginia concert :https://www.youtube.com/watch?v=wd7yaUUkz6w

the theater had superb lighting while Burton's left hand kept the bottom, his right going up and down the keyboard.

9)Ferry Across The Mercy

11)Clap For the Wolfman


Dream of a Child
https://www.youtube.com/watch?v=U0adue6km2Y 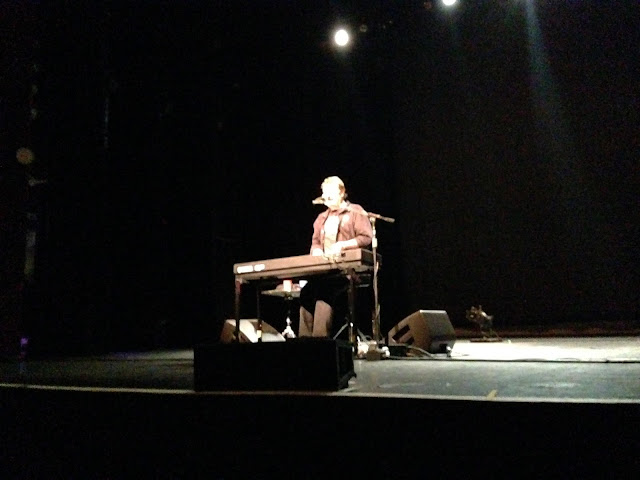 I Will Always Wait for You  1979
https://www.youtube.com/watch?v=hXqbpmfU3OM 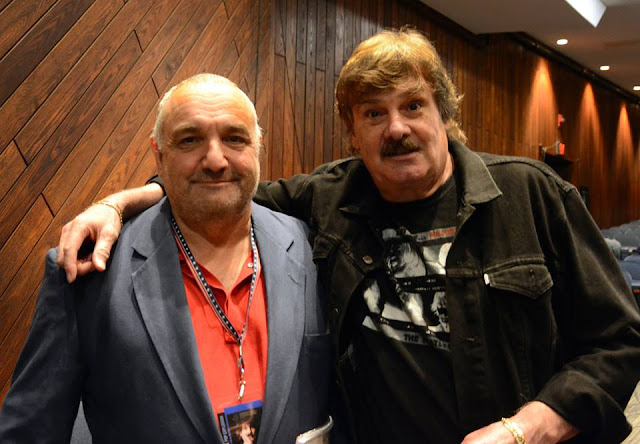 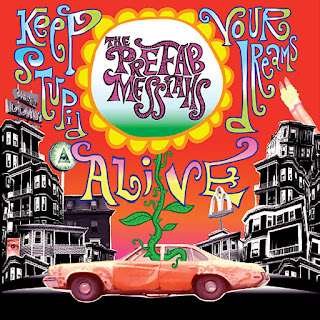