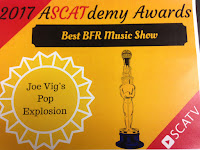 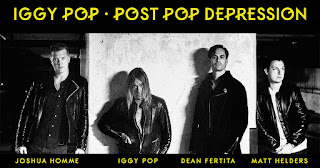 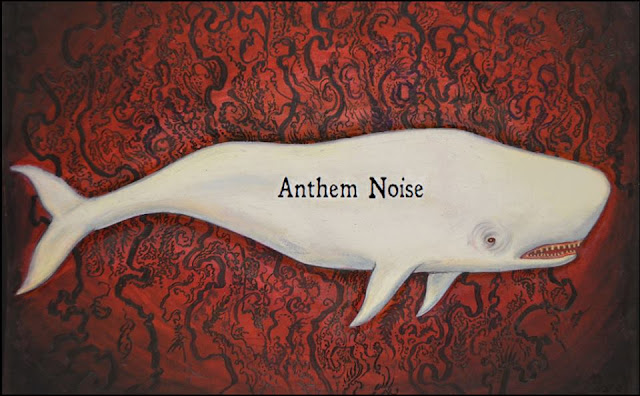 Trained at the New England Conservatory of Music in 2004, singer John Russell and composer Jordan Montgomery weave a dreamy, trippy aural mix consisting of violin, keyboards and avant garde complementary drumming. The almost four minute “Social Anxiety” features those beats with a layer of grunge keys punctuating the unreal quality of the vocal that embraces these movements. The instrumental “Anthem” continues the melodrama with a similar edgy intro, this a segue that would shake up a house mix or two. Give a tip of the had to producer Andy Edelstein for making it so.  Shuffling percussion perfectly placed so that “Locked In,” track three, can build on the theme.  Robotic trance pop with swirling textures make "Locked In" radio friendly and a standout. “Help Myself” and “There is Nothing Wrong” come in at nine minutes together, twenty-two minutes and forty seconds up to this point on the CD, more than a single side of an lp.  “Help Myself’s” drone and the cosmic effervescence of “There is Nothing Wrong” are like diving slowly in a pool of water somewhere above the earth. The next three songs are another eleven minutes and twenty two seconds, “Apnea” glides along a dreamscape while the title “Flounder” is the closest thing you are going to get to the album title of White Whale. It would work nicely for Captain Ahab sailing the dark seas. “Out of Darkness” (featuring Conor Ebbs) with Stephanie Skor’s violin  melting between Russell’s vocal is more like into the Celtic dark – a nice concoction of world and other-worldly sounds. Credit also drummer Josh Weinberg, a staple on the local scene whose fine work is a plus here. (Joe Viglione) 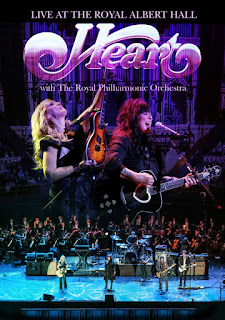 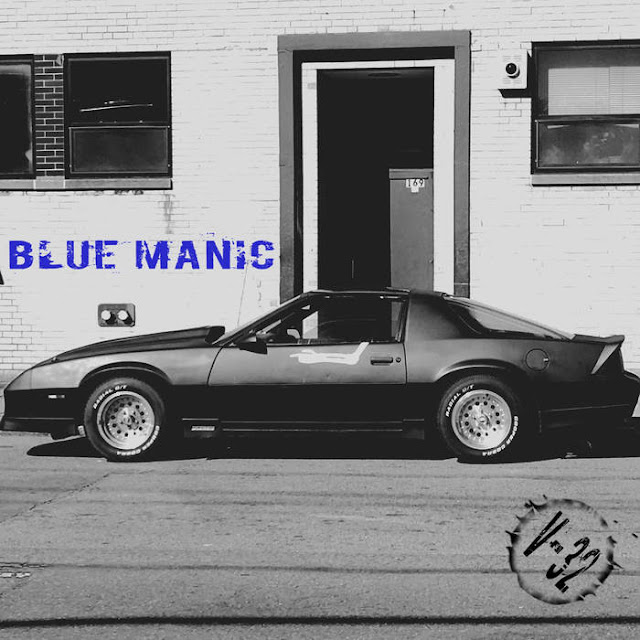 Stoned, You Got It Made, Too Late, Porcupine, Black Dress
Blue Manic dive right into the four minute and forty-eight second riveting blues/rocker, “Stoned,” to open up the 5 song E.P. V-32.  Guitars sparkling, resplendent in raw energy – a harder edge on the recording than a couple of performances that this writer experienced. The band appears more earthy from the stage, and though “Stoned” might appear edgier on disc, it doesn’t mean that these guys don’t crank it up onstage.
The intro goes fifty-one seconds before the story unfolds with rhythm guitarist Max Grebe taking on the lead vocal chores and explaining it in no uncertain terms, Blue Manic exploring a variety of avenues as Corey Downs pounds away on the drums, aided and abetted by the bass of one Jared Greiff.   Mike Tate and Grebe are responsible for the dual guitar blasts with a toughness that is well balanced.  At the 3:25 mark “Stoned” becomes an almost different tune, guitars screaming in a frenzy as the group jams for a minute and twenty three seconds bringing this unique composition to its conclusion.  Impressive, and hard hitting it is followed by the sweet guitars in “You Got It Made,”  Downs’ drumming providing a good undertone to the other instruments.   “Too Late” is manic – perhaps an anthem emulating the group’s moniker.  “Porcupine” could be Black Sabbath gone alternative.  This ensemble reshapes alternative music into a blues/rock blend of swirling emotional sounds. And “Black Dress” puts an exclamation point on that.  They may have Smashing Pumpkins attitude but it merges into what Cream, the Rolling Stones and Aerosmith took from their mentors, combining the formula to bring it into the new century.    Not to be confused with guitarist George Conduris’ band Apollo Blue, though a pairing of these two blue bands would be a good thing as they play with the same vigor and intensity.
Get a taste of the V-32 disc on the group’s Facebook page https://www.facebook.com/BlueManicMusic 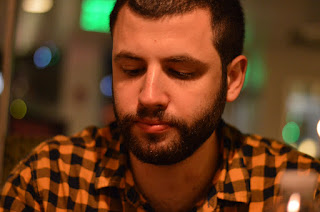 https://jamesdiscovers.bandcamp.com/releases
The musical entity called James Discovers is guitarist, vocalist, drummer, songwriter Mario Epstein along with bassist Andy Huges and from the ascending lines of the seven minute twenty-five second “Born Desire” you get a glimpse of The Twilinng meets the Mothers of Invention that makes up the fabric of this song.  “Flew into Boston / held my breath with Krazy Glue” while guitars from another dimension blare over the perpetuating strum. It appears to be insanity derived from lost love, a wish to be “born again to be with you,” frosted with semi-controlled madness, truly freeform and lots of fun. Recorded at New Alliance by Jonathan Taft and mastered at New Alliance East by Nick Zampiello, they must have had lots of fun trying to figure out the mood of the mania they helped put to media.  The 4:29 of “Theme” could be the signature tune of the James Discovers artistry, - searching, uncovering, seeking, finding…all part of “discovery,” get it?  The sounds bounce against the wall with a lovely guitar strum engaging the listener as the music goes from guitar strumming to sonic assault. “I discovered why numbers exist” incorporates the album title (small letters, please, courtesy of e.e. cummings) and the group name. Quantifying the madness we call it.  “Adderall” is almost five minutes (4:53) of Captain Beefheart playing Lou Reed playing Red Krayloa at the wrong speed.  The singer asks you to get stoned with him.  ON “Adderall?”  A description from Drug.com noting:” Adderall (amphetamine and dextroamphetamine) is used to treat narcolepsy and ADHD. Includes side effects, interactions and indications.”   So that’s where they come up with these riffs – in the middle of the night.  The guitars go in circular motion as this descends into a love song for the sleep medication.  On a very good EP with many exciting moments, the closer is my fave, “The Boats” with the artist “Living in a plastic bubble”  This one’s at 7:24, one second shy of the opening track, and shades of The Doors Weird Scenes Inside the Goldmine double lp “best of the underground songs by Jim and the boys” which featured song lengths of 11: 35 (The End,)    11:00 (“When The Music’s Over,” 7:49 (L.A. Woman,) and 7:14 (“Rider’s On the Storm,” 36:49 plus an additional 49 seconds for four tunes, James Discover’s EP clocks in at about 21:20 …with their own Abbey Road (the album) styled mesmerizing guitar riff on “The Boats,” which take the psychedelia right to the end.  Really beautiful…holding out and extending into empty space.    Find it on Bandcamp or pick up a hard copy at their gigs.. Worth supporting. https://jamesdiscovers.bandcamp.com/album/numbers-four-selections  (Joe Viglione) 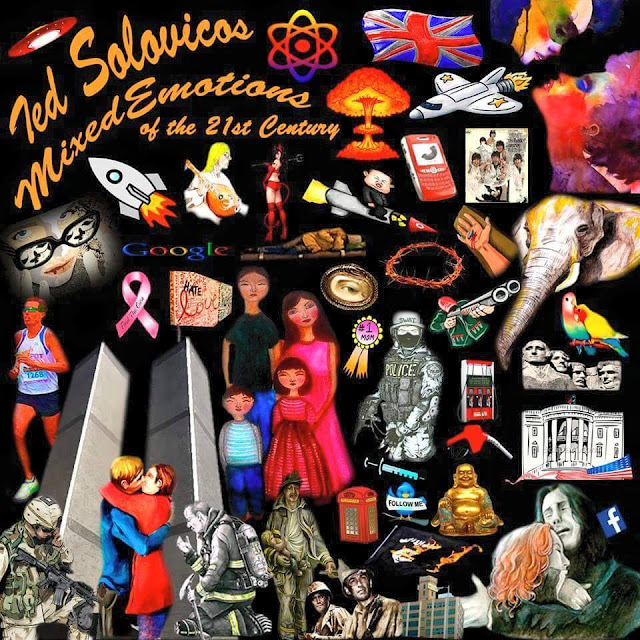 Back in the 1980sTed Solovicos rocked out in the band Smuggler. Jump forward to the new millennium and the artist formerly known as Grateful Ted performed in a duo called Britannica, nailing down British rock, the Moody Blues being a favorite, among many others.   Which brings us to this disc overflowing with original compositions – resplendent in a cover that looks like artist Hieronymus Bosch streamlining Sgt. Pepper’s Lonely Heart’s Club Band succinct pop tunes “No Tomorrows” and “Together” – with its naughty backing vocals lifted from John Lennon’s “Girl,”  harken back to the days of Denny Laine’s Moody Blues, the U.K. Kaleidoscope with Eddy Pumer (not to be confused with the American Kaleidoscope) and so many more.  “Sorrow” is not the famous David Bowie cover of Rick Derringer’s The McCoys’ 45, it’s subdued anger at the world condition, the war in Iraq / Afghanistan and other atrocities.  Solovicos packs the compact disc with a plethora of ideas ranging from happiness to tragedy, an introspective diary of his own personal experiences along with perspectives on the present past and future.  “Love Dreams,” track seven, follows in the vein of the exquisite “No Tomorrows” and “Together,” light pop songs which show this artist at his best.  “I Got My Mind On You” adds some Spanish influence, the theme of love and fun going back – stylistically - to the Tokens / Jay and the Americans.   “Why” combines the heavy keyboards with Ted’s authoritative acoustic guitar and intriguing vocal work.    Nineteen songs released at one time with so much music in the jungle of the wild frontier of the internet is obviously a musical statement  that takes more than one sitting to absorb.  21st Century (with its three bonus tracks from the 20th Century, additional material a hallmark of Solovicos’ releases) is a diary put to tape – “Give Me Another Night” with its exploding electric guitars indicative of each element that comprises this collection of thoughts that are most personal.  Mastered by Butterscott bassist and former Smuggler pal Joel Simches, it is well-crafted stuff from a veteran of the New England music scene.  A cover of the Kinks “20th Century Man” would have been the frosting on the cake…maybe for the next disc.  (Joe Viglione) 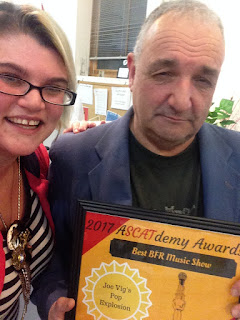