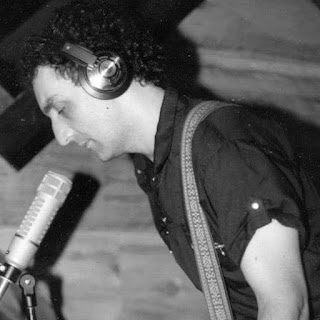 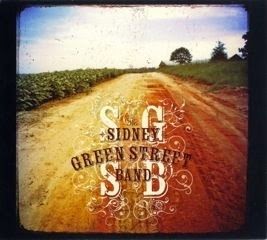 
"Loving you is like Sherlock Holmes, a mystery every day…" sings vocalist Lance Doss, veteran of  six years on tour with Velvet Underground co-founder John Cale, sounding more like he spent that time with J.J. Cale on this bluesy, powerful, definitive song about a mystery woman and the relationship's inevitable conclusion.  The fluid melody, a second cousin to "Goin' Down" - Down, Down, Down, Down, bye, bye, bye, bye...good stuff.   "Sadie" is a nice combo of 38 Special, Wet Willie, Mark Farner as well as a strong dash of Ian Hunter's "Once Bitten Twice Shy."
These fellows know their influences and they wear them proudly on their sleeve here on their second disc, SGSB, the follow-up to the group’s debut, The MalL Tease Fall Can.

At 5:15 "Divine" takes the listener on a slow journey, musically elegant with a superb vocal reminiscent of Allman Brothers and Atlanta Rhythm section.  Not to dwell on so many of the roots, but it is hard not to hearing so many familiar riffs tweaked in clever and inviting ways.  "Get It Back" takes a different direction, both guitars churning soulful struts over the impeccable rhythms of bassist

Where "Bama Bounce" pulls "Sunshine of Your Love" sideways, with a voice out of the clouds of reservations from this country's native American past, "Some Things Ain't Never Gonna Change" is a pure Hendrixian  love fest.  Go to the three minute mark and hear  Jimi riffs and fills, with wah wah


and delightful drumming by Steve Holley as a sweet undercurrent.

"Payin' The Price" could be The Beatles "Drive My Car" gone blues while "My Pride" takes Aerosmith's "Same Old Song and Dance" and brings it to the world of Savoy Brown and Foghat. Not that it is a stretch, Ralph Mormon of Savoy Brown was lead singer for Joe Perry of Aerosmith's first solo album and this ensemble would be a perfect opener for "Smith any day of the week.

"Number" forges its own identity, multi instrumentalist / co-guitarist Justin Jordan bolstering the song's framework with intriguing patterns.  "One Good Kiss" and "Consumer," which concludes this disc, speak with power and glory, it's a blues buffet with touches of pop that has staying power and an encyclopedic understanding of the genres it traverses.

The Sidney Green Street Band is a guitar-band, plain and simple, featuring the best rhythm section in New York….or in the world for that matter. Guitarists Justin Jordan and Lance Doss are exceptionally agile guitarists; equally adept at channeling legendary slice of Quicksilver-era psychedelia as they are at evoking the bittersweet twin guitar harmonies of the Allman Brothers. The forceful syncopated drive of the rhythm section is the legendary Steve Holley (Paul McCartney, Elton John, Joe Cocker and Ian Hunter) on drums and Paul Page (Ian Hunter, John Cale, Dion, Gary US Bonds) on bass.

Vocalist Doss, born in bred in Alabama, brings a myriad of colors to the Southern based roots that form his foundation; rousing and rebellious.

Songs reflect some shared emotional states and narrative threads both real and imagined amongst the band members. “Payin' The Price” speaks to personal confession and “Some Things Ain’t Never Gonna Change” is as smooth and pure as emotional reflection can be while still looking ahead. “Sadie” which takes a detour to All Capp’s mythic hillbilly Dog patch, is an instant classic.

This kind of jamming requires a level of technical virtuosity and music literacy that only years of combined varicolored experience can produce. That is The Sidney Green Street Band.


Steve Holley-drums: A well respected member of the music community since the 1970's, Steve had his first brush with fame playing for Elton John. He was soon offered a chance to Join Paul McCartney & Wings. Having toured with Wings and played on the Back To The Egg album, Steve went on to tour and record with Kiki Dee, Joe Cocker, Jullian Lennon, Tommy Shaw,Dar Williams, Ben E King and Chuck Berry to name a few. He has been recording and touring with Ian Hunter for over 20 years and is currently the drummer in Ian Hunter's Rant Band.

on December 20, 2010 by Steve Tomassetti
Every once in awhile, one of our own is recognized for their outstanding contributions to the entertainment industry. December 10th at the Winchester Community Access and Media (WinCAM) annual awards party was one of those times. The TMR Zoo's very own Chief Film critic, Joe Viglione has been named "Producer of the Year" for 2010 [...]
Filed under: Entertainment, Features, Music

Joe Black has poured the concrete for Charlie Farren’s Balloon and Black’s other main group, Ball 'n' Chain, for decades now, keeping the foundation for some of Boston's best hard rock. On Armageddon, the single from the first Joe Black solo disc, the bassist gives the fans what John Entwistle, Bill Wyman and Paul McCartney [...]
Filed under: Music, Music Reviews

on October 18, 2012 by Joe Viglione
Arlocor Music has released a 5 song maxi-CD from Joey Ammo, recorded at  New Alliance Audio in Cambridge.  It is a terrific outing from the former lead singer of Boston area legend Birdbrain in a nice compact package rife with the obligatory religious overtones.   Opening with a quick burst of "Love Me", in all [...]
Filed under: Music, Music Reviews

Steve Gilligan's Winter Rain doesn't believe in sorcery, at least that's what he says on track 2, "All That You Are." The CD Baby site notes that this album is a " blend of contemporary acoustic based music, with hints of Celtic within an Americana framework." "The Dawn of Bitter Moons" is not from the [...]
Filed under: Music Reviews Tagged as: CD Review

Mike Roy's first solo album features fourteen tracks by the long-time guitarist and founding member of pioneering Boston new wave band Fox Pass as well as Mercury recording artist Tom Dickie and the Desires. "Land of Forgotten Dreams" blasts things off at 3:27 proclaiming that the veteran performer has no intention of dropping the rock. [...]
Filed under: Music, Music Reviews Tagged as: music review

Like Jurassic World before it, Terminator: Genisys is a smart amalgam of the Terminator films that came before starting with the premise that all roads to the Terminator start with Arnold Schwarzenegger. It should be more than a premise, it should be a promise. The faces change in this series, but the one thing the [...]
Filed under: Celebrities, Entertainment, Features, Movies Tagged as: movie review

Review: The Rolling Stones – The Marquee Club, Live In 1971

"Get down on your knees brown sugar, how come you taste so good, ah, get down on the ground, brown sugar, just like a young girl should." Jagger struts and sings a new vocal to the Jimmy Miller produced 45 RPM on the Pop of the Tops video you can see on YouTube, but having [...]
Filed under: Blu-ray, DVD, Entertainment, Features, Movies, Music, Music Reviews Tagged as: music review, rolling stones

Met the lead singer/guitarist of Elsewhere, Michael Aroian, at the Model Cafe in Allston for the June 2015 edition of the Rock n Roll Social and he gave me a copy of the new E.P. created with Boston notable David Minehan of Wooly Mammoth Studio (Minehan out on tour with The Replacements at the time [...]
Filed under: Entertainment, Features, Music, Music Reviews

The exquisite instrumental music played by keyboardist Andrey Novikov, guitarist Jake Pashkin, bassist Damien Langkamer, and drummer Gaetano di Giacomo is a sublime jazz/funk performed with the perfect touch.  Not to be confused with the American group – also called Green Tea - which disbanded in September of 2014, the U.K. Green Tea adds a [...]
Filed under: Features, Music, Music Reviews

I really have to start off by saying that I enjoy Concert DVDs immensely, although some of them  don't  give you that full concert experience. With  Live on the Boston Esplanade, June 14, 2008 I actually felt like I was there because of the multiple cameras that were used for this particular performance. It was a very [...]
Filed under: Features, Music, Music Reviews
at August 18, 2015