THIS IS MERELY A PREVIEW 7 DAYS IN ADVANCE

2)Jimi Hendrix Live at the L.A. Forum Number of Discs 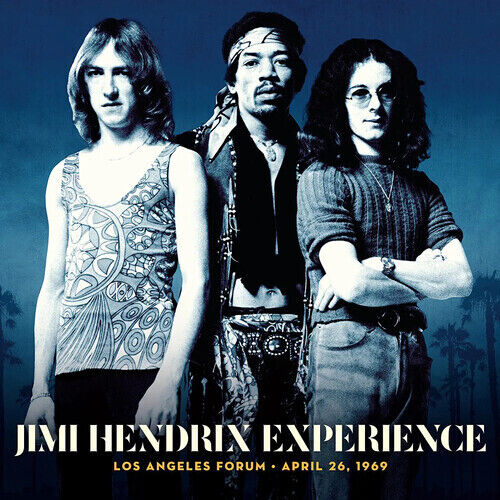 Really love this sophisticated gliding pop nugget, "See Straight Through" from The Holler Band (Brighton, United Kingdom.) Coming in at 3:36 time-wise, it is simply terrific.  Imagine a modern Buzzcocks with Dwight Twilley sensibilities and creative sci-fi sounds all the way around, from guitar, bass and drums. Hard-hitting but poppy, and very well produced.  Great stuff. 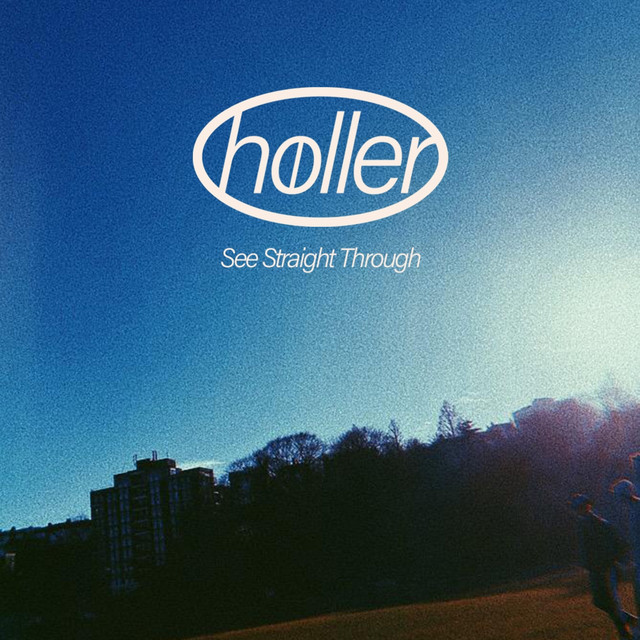 6)I Am Yours     Written by Harriet Schock

Born in early 2021, Holler connected and bonded immediately over their shared love for indie pop/rock. Nine months later and they were putting on their first sell out Brighton Headline. Alongside this, the band recorded their debut single, ‘See Straight Through’, which now has over 30,000 streams on Spotify and has featured on UK and US radio. Combining their separate influences they write energetic indie-pop/rock accompanied with personal and catchy lyrics. 2022 saw two more releases, ‘For The Night’ and ‘Tell Me (What I Want To hear)’ which have a combined total of over 45’000 streams. This year has also seen the band play multiple sold out shows alongside Dutch Criminal Record, The Motive and The Covasettes. 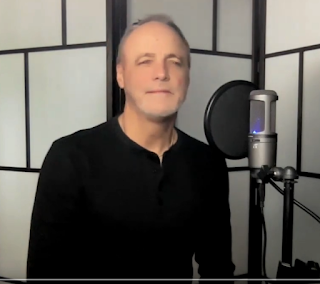 48 years after the gay friendly release of "Let 'Em Love" (found on 1974's Hollywood Town) Harriet Schock composes another LGBTQ anthem, "I Am Yours" (The Harvey Brownstone Story.)  What is intriguing is that this essay is a different aspect of the hardships of homosexual life, revealing "the love that shall not be named." *  If "Let 'em Love" was an admonition to the world that "as long as you're loving" (a statement from a groundbreaking book on such things from the 1970s,) what's the issue?, "I Am Yours" is about family reaction to a member of that family being homosexual.  One fellow from Arlington, Massachusetts was violently beat up by a family member (my photographer, a woman, was in love with him,) while this writer's own siblings walked away (thankfully, my parents did not, actually embracing my late life partner as another son,) - each individual facing their own situation.  There are many, many stories that could fill multiple books.  Where "Let 'em Love" is a declaration that becomes a chant, a march...empowerment, "I Am Yours" could be a moment in a Broadway play (both titles could fit nicely in such a story,) of the evolution of a gay person in the 50's, 60's, 70's dealing with bringing the subject up to those who are supposed to love them unconditionally.   Gary Lynn Floyd's beautiful voice moves from warm and pondering to authoritative, emerging from the cocoon in triumphant fashion.  As the YouTube notes: "An intensely personal and emotional song, that speaks to the parents of any child who felt unloved, rejected or disapproved of. Its message is universal."

*The love that dare not speak its name is a phrase from the last line of the poem "Two Loves" by Lord Alfred Douglas , written in September 1892 and published in the Oxford magazine The Chameleon in December 1894. It was mentioned at Oscar Wilde 's gross indecency trial and is usually interpreted as a euphemism for homosexuality (Wikipedia.)

On Harriet Schock's amazing 1974 Hollywood Town album there's an LGBTQ song, "Let 'em Love," before such things were in vogue. Sure, there were David Bowie Glam-rock musings, "All the Young Dudes" a hit for Mott the Hoople, but certainly not in the pop mainstream.  Hollywood Town, of course, contained the Helen Reddy hit "Ain't No Way to Treat a Lady" (a former roommate freaking out as I was playing the tune on the piano in 1997 with the window open...because he wanted to hit on the cute cable guy as I was singing...loudly....but I digress....) ...and for Middle of the Road and Top 40 at the time, it may not have been appropriate, even for Bette Midler and Cher, all supportive of the homosexual community.  That straight fellows like my friends Buzzy Linhart and Moogy Klingman wrote Midler's signature song, (You Got to Have) "Friends" was lost on Top 40 listeners...it was a "closet" LGBTQ masterpiece...though anyone seeing Barry Manilow (who also recorded it) backing up Midler on piano performing on national television, well, in the day it came off as a friendly song for Pride Day but certainly not a GAY song to the general public.  Elton John had evangelists burning his discs when he said that sexually he drew the line at goats.  Elton, of course, got the last laugh.

The four minute track on Hollywood Town is elegant pop that fits in perfectly with the album that spawned Reddy's huge hit. Schock's voice is wonderful, warm and friendly, in the era of Karla Bonoff and Laura Nyro, while Tapestry ushered in Carole King's majesty, Bonoff, Schock and even the much-covered Nyro all deserved a higher profile during a time that embraced these master craftsman.  Had our old pal Russ Regan had more support from 20th Century perhaps this great Gospel chorus that concludes the song could have been part of a Harriet / Bette Midler tour.  Lost opportunities.  Yet Hollywood Town remains a desert island disc that has yet to peak and find it's worldwide audience.  All good things to those who wait. 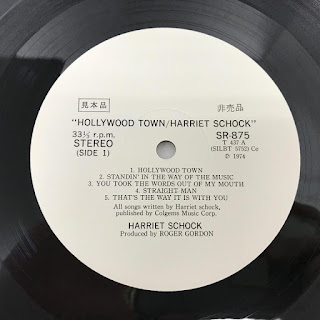 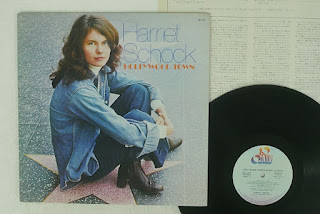 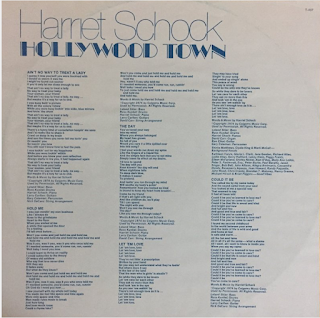 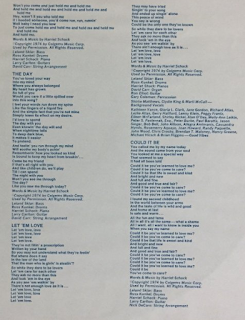 "Butterflies" from Lucy Morningstar is cosmic/tropical music for the soul.The eerie background vocals, the reggae beat, the butterfly mantra seeminglike trance-pop, and clocking in at a very cool 2:27.  Like Milli Small's60's smash, "My Boy Lollipop," "Butterflies" swoops in and out quicklyleaving you craving for more.  Perfect for repeated spins 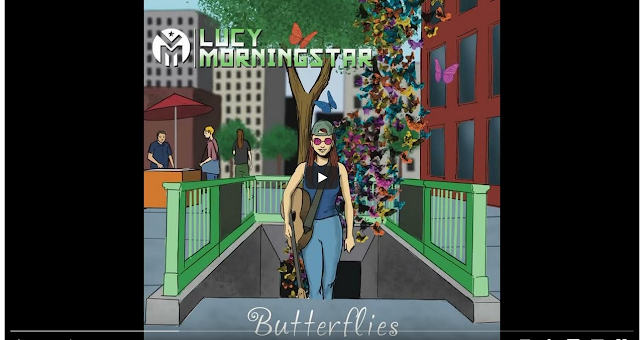 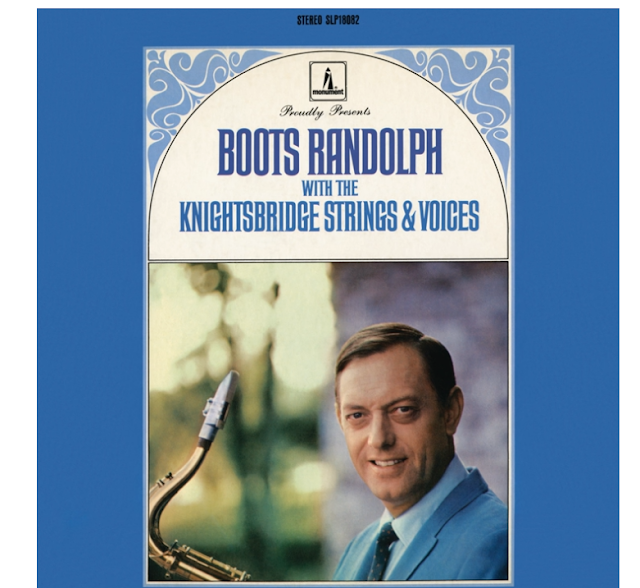 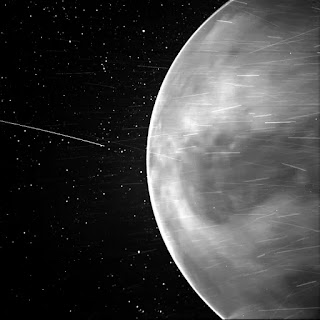 Features a totally new side of talents of David Hudson. Known around the world for his didgeridoo recordings using his vocal prowess David has turned his love of roots and country music into an exciting album of original songs penned in collaboration with award winning songwriter Mark mannock and produced by world renowned producer Nigel Pegrum. Highlights inlcude a stunning duet between David and Shane Howard performing Shane's Australian classic 'Solid Rock' and guest appearance by Fame legend Irene Cara from the USA. 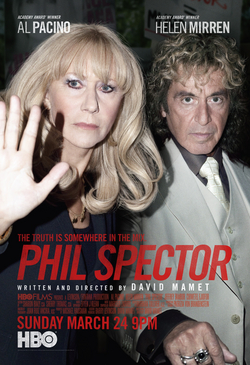 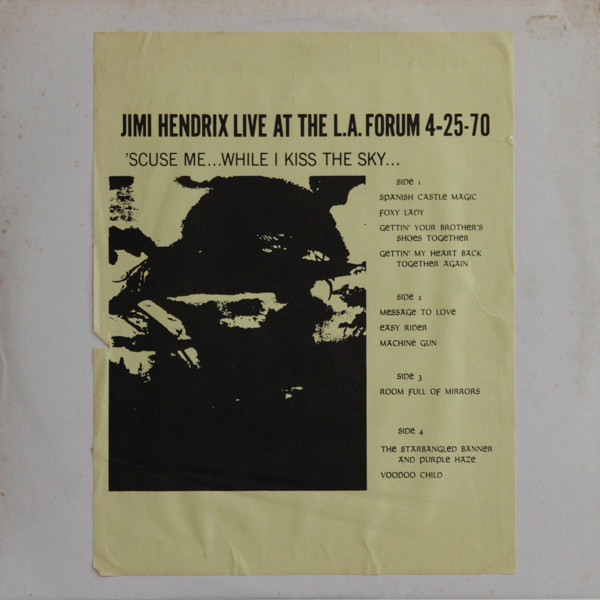 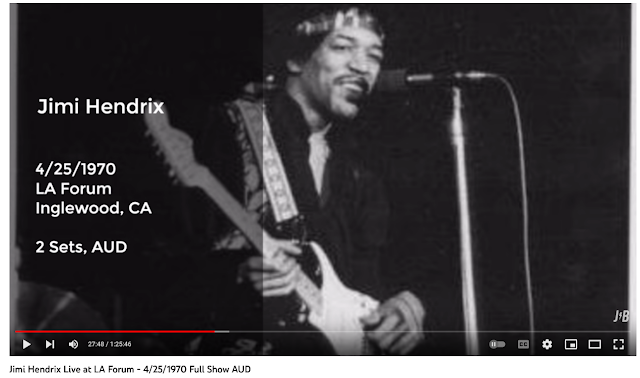 Both records have the same side A/B labels, with no reference to Hendrix. 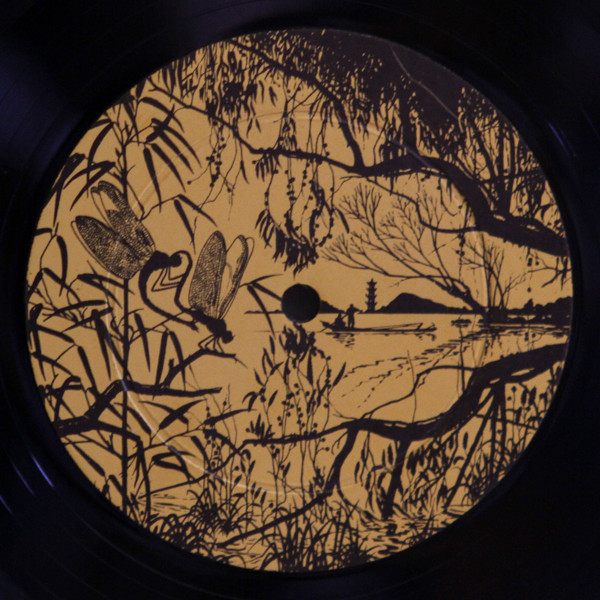 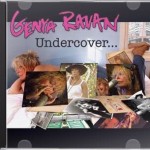 It’s been 9 years since Genya Ravan’s For Fans Only compilation and Undercover, a collection of fourteen new renditions of classic songs as well as a reworking of Genya’s own 202 Riving Street is an absolute delight.

Give a listen to “Drunken Angel” if you want to hear authentic production work a la the great Jimmy Miller during the “Exile On Main St.” era. Genya worked with Miller on her 1973 ABC release They Love Me, They Love Me Not. In 1986 Miller and Ravan performed at a Rhode Island nightclub singing back-up to Buddy Guy as we were all involved in the Buddy Guy sessions at a Rhode Island recording studio at the time…a reunion of sorts.

In a telephone interview on May 6, 2011 Genya talked about her newest production, an album of cover tunes. “Body Song” has that dreamy appeal of “Tops” and the elegance of “Heaven” from The Stones Tattoo You. Tom Petty could get a listen in soulful singing as the G.R. instruction manual gives his “You Got Lucky” a new twist. Petty would do well to bring Ravan onboard for his next outing. And then check out the most outrageous reinvention of the classic Tom Jones made a pop hit out of, “I (Who Have Nothing)”. It’s a quasi-reggae excursion into heartache that rips away the veil that has been covering this standard for decades bringing it into a wonderful new dimension. “For Your Precious Love” has Genya’s precious pipes.

This is a remarkable artist who refused to step into Janis Joplin’s shoes for CBS at the time of Joplin’s passing, but who is giving the world the soulful insight that Janis brought to the forefront. It’s all Genya, a unique and rare talent, but it is the style that Joplin popularized and it is really time for Ms. Ravan to get the worldwide recognition she deserves. There are lots of musical adventures here, the singer using her production and arrangement skills to bring something new to the table. The result is sublime. “202 Rivington St” is an original, biographical song that first appeared in a live version on the For Fans Only release from 2002 (with material culled from 1978 – 1989). The studio version here is about a minute and 20 seconds shorter, but still manages a nice 6:17 of the Ravan’s tale. A new album is being recorded as you read this…something to look forward to. 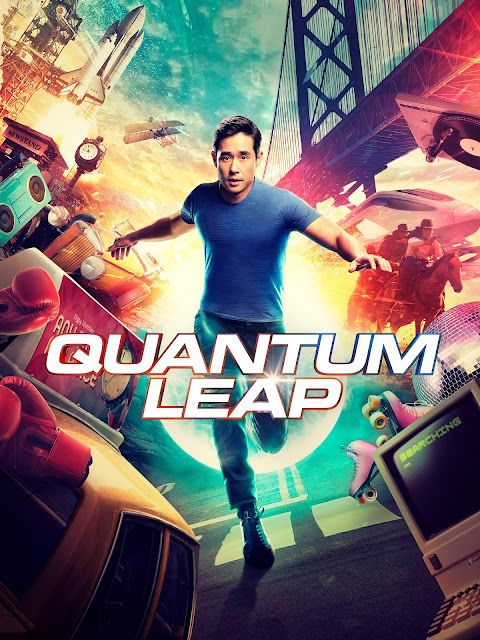 https://www.allmusic.com › album › releases
Harriet Schock Live: From Fairfax to Pasadena Review. by Joe Viglione. Harriet Schock opens her sixth album with what is another landmark song from her ...

The Stone Coyotes - Fire It Up Album Reviews, Songs & More